In this 3rd part of this blogpost series about Cycling (you can find part 1 and part 2 in earlier posts) we are going to take the existing Neo4j dataset a bit further. We currently have the CQ Ranking metadata in there, the tweets that we exported all connected up to the riders' handles, and then we analysed the tweets for @handle and #hashtag mentions. We got this: 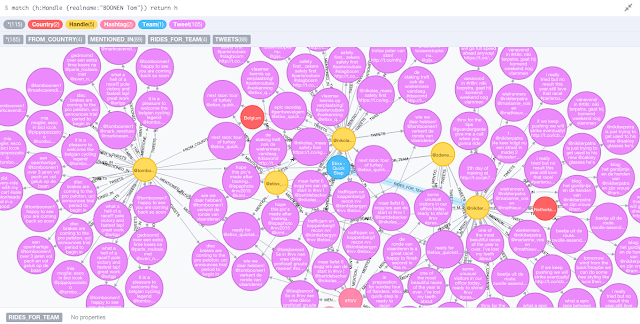 Now my original goal included having a social graph in there too: the "friends" relationships for different twitterers could be interesting too. Friends are essentially two-way follow-relationships - where two handles follow each other, thereby indicating some kind of closer relationship. It's neatly explained over here. So how to get to those?

Well, I did some research, and while there are multiple options, my conclusion was that really you would need to have a script that would talk to the twitter API. And since we also know that IANAP (I AM Not A Programmer), I would probably need a little help from my friends.


Friends to the rescue: my first python script

Turns out that my friend and colleague Mark Needham had already done some work on a very similar topic: he had developed a set of Python scripts that used the Tweepy library for reading from the Twitter API, and Nigel Small's Py2Neo for writing to Neo4j.  So I started looking at these and found them surprisingly easy to follow.

So I took a dive at the deep end, and started to customize Mark's scripts. I actually spent some time going through a great python course at Codecademy, but really my tweaks to Mark's script could have been done without that too. His original script had two interesting arguments that I decided to morph:


In order to use this, you do need to put in placeI have put my final script over here for you to take a look. In order to use it, you have to register an App at Twitter, and generate credentials for the script to work with: 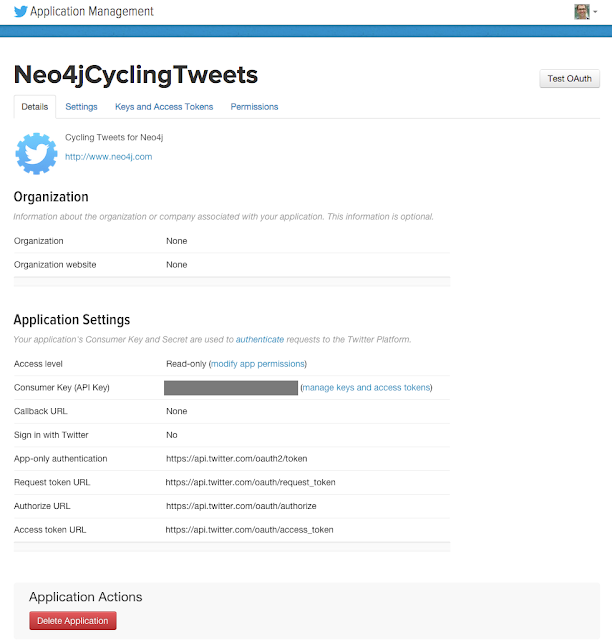 That way, our python script can read stuff directly from the Twitter API. Don't forget to "source" the credentials, as explained on Mark's readme.

Mark's script basically uses a number of different command-line arguments to do stuff. I decided to add two arguments. The first argument I added was

This one talks to the Twitter API, and downloads the friends of all the users that it found in the users.csv file.  I generated that file based on the CQ ranking spreadsheet that I had created earlier. 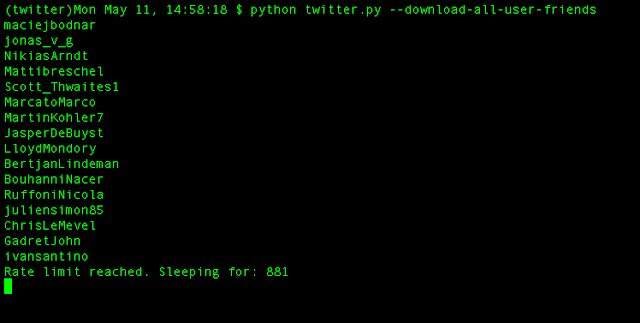 As you can see, it pauses when the "rate limit" is reached - this is standard Tweepy functionality. The output is a ./friends directory full of .json files. Here's an example of such a file (tomboonen1.json) 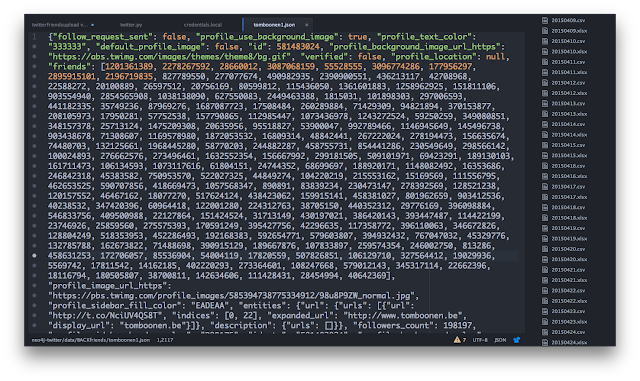 In these .json files there is a "friends" field. Using the second part of the twitter.py script, we can then import these friends to our existing Neo4j CyclingTweets database using the following Cypher statement (note that the {variables} in green are Python variables, the rest is pure Cypher):

So let's run the script, but this time with a different command line argument, and with a running Neo4j server in the background that the script could talk to: 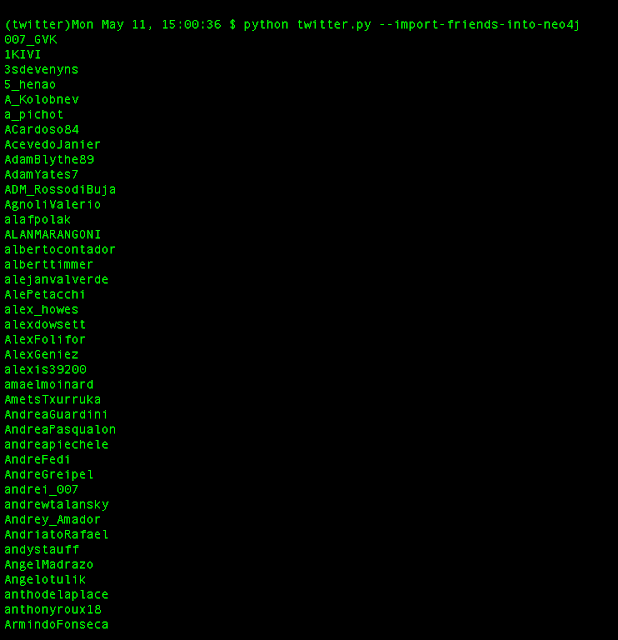 After a couple of minutes (if that), this is done, and we have a shiny new graph that includes the FOLLOWS relationships: 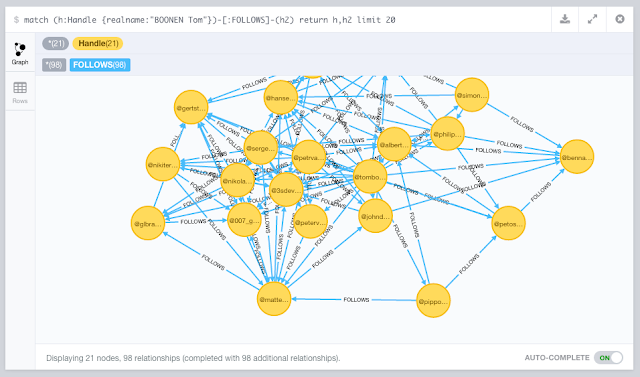 This is pretty much what I set out to create in the first place, but thanks to the combination of the import (part 2) and this Python script - I have actually got a whole lot more info in my dataset. Some very cool stuff.

Hope you liked this 3rd part of this blogpost series. There's so much more we could do so - so look out for part 4 soon!