In the previous blogpost of this series, I was trying to import the Belgian Corporate Registry dataset into Neo4j - all in preparation of some interesting querying. Unfortunately, as you could read in part 1, this was not that easy. Load CSV queries were starting to take a very long time, and my initial reaction was that the problem must be down to the size of the CSV file. In this blogpost, I will take you through that experience - and show you what I did, and how I - again - only partially succeeded.

As a refresher, here's the dataset that we are looking at:

As you can see, the address.csv file is quite big - and that was already starting to be a problem in part 1. But I quickly realised that if I then would want to connect the Enterprises and Establishments to the respective Activities by loading the 669 MB activity.csv file, the problems would just get even bigger. I needed a solution.


Bash and Python to the rescue

So here was my first idea on how to solve this:


Sounded like a good idea to me, so I explored it and actually partially succeeded - and learned some more bash and python along the way :) ... what's not to like?

Here's the Bash script to split the csv file, in several distinct steps:

This commend takes the "tail" of the address.csv file starting from line 2, and pipes that into the split command and generates a separate file for ever 25000 lines that it encounters. The output looks like this: 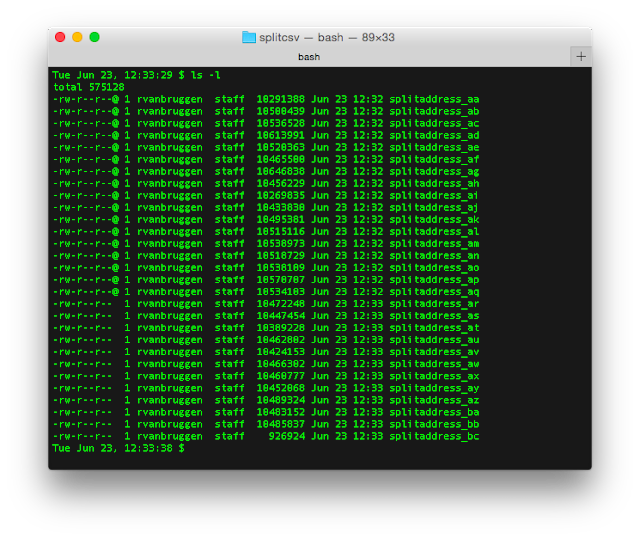 Then of course I also needed to copy the header row of the original address.csv file to each of the splitaddress_ files. That one took some time for me to figure out, but I managed it with this simple script:

The last step in my Shell wizardry was to then rename the files to have numeric increments instead of alpha ones - just so that we can process them in a python script and iterate over the list of files. This turned out to be a bit trickier and I had ato do some significant googling and then copying and pasting :) ... Here's what I ended up with:


Not trivial - but it works: 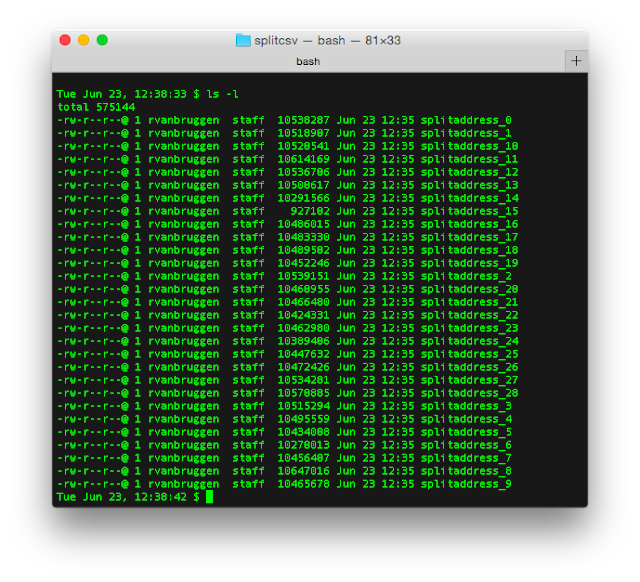 So that gave me a bunch of smaller, 25k line files that I could work with in python. So let's see how I did that.

Iterating over CSV files with Python

I created a simple python script to iterate over the files - here it is:

Yey! This actually worked! Here's how the script started running over the files: 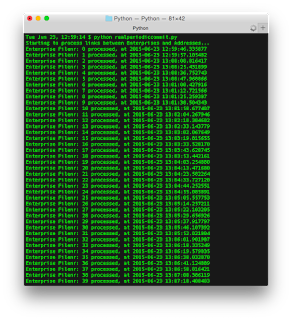 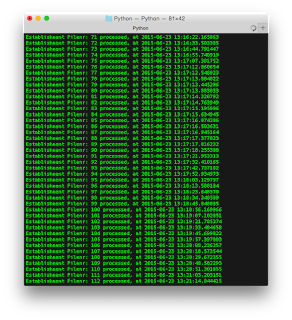 And then as you can see below, 22 minutes later all the Enterprises and Establishments were correctly linked to their addresses! Now we are getting somewhere!

But... there is a but. The last step of this excercise is to connect the Enterprises to their "Activities", which are part of the Code-tree in our model. And: although I actually created a Python script to do that, and that script actually worked quite well - it was just too slow.

So that meant back to the drawing board and figuring another way to do this in a reasonable amount of time. In hindsight, everything I wrote about in this blogpost was not really used for the actually import - but I wanted to show you everything that I did and all of the stuff that I learned about bash and python and Neo4j...

All of the material mentioned on this blog series is on github if you want to take a look at it.

Hope this was still useful.