Well, since everyone is doing it, and Michael asked me to write up my own graph journey...


@rvanbruggen Rik, I'd love if you could share YOUR story too from tech enthusiast to graph addict, author and composer That would be awesome
— Michael Hunger (@mesirii) November 21, 2014

I thought I might as well do so. Maybe it will be useful for others. Challenge accepted.

I guess to really understand how I rolled into Graph Databases I have to take you back to the days of my university thesis. I graduated from the University of Antwerp in 1996, and at the time, I wrote a master's thesis about a "Document Management" solution. This was when the Internet was just starting to emerge as a serious tool, and for months I worked at EDS to figure out a way to use, size (storage was EXPENSIVE at the time!) and evaluate the tool. This turned out to be pretty formative: the tool (Impresario Ovation, later acquired by Wang) was a full-on client/server architecture, relying heavily on MS SQL Server 4.2 (the Sybase OEM). And I had to dig into the bowels of SQL server to figure out a way to size this thing. That, my friends, was my first and deepest exposure to SQL. And to be honest: I found it deeply, profoundly painful. I was deeply embedded in a complex data model full of left-right-inner-outer-whatever joins, and felt it was just... cumbersome. Very. Cumbersome. 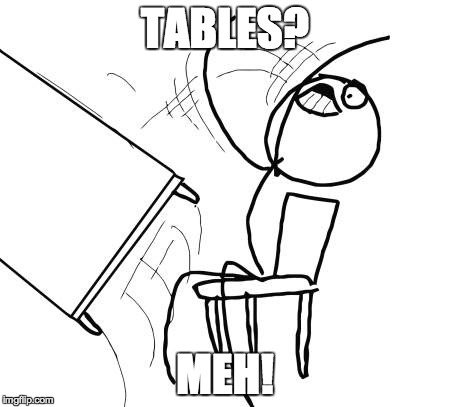 After completing the thesis, I went on to graduate and start to work. First in academia (not my thing), then at a web agency, where I first got to know the world of Web Development at SilverStream Software. Don't want this to turn into a memoire, but that's when I got exposed to Java for the first time, that's where I learned about Objects, that's where I started following the writings of Rickard (at theserverside.com, at the time) who was developing JBoss, it's when I learned about Open Sources and... met Lars. Lars was working for Cambridge Technology Partners at the time, and they too just got acquired by Novell. CTP and SilverStream had many things in common, and we found eachother. We worked on a few projects, but then our ways parted. I left Novell to do a great startup called Imprivata, moved out of the world of app development - but always kept in touch with Lars.


How I bought into it

Years later, Lars and I reconnected. I had been working in the Identity and Access Management industry for a while, and ... got a bit sick and tired with it. I needed a change, and started to read about this brave new thing called Big Data and NoSQL. Friends of mine had been working on a next gen data architecture at a local startup called NGdata. Interesting stuff, but I somehow did not buy the "big is beautiful" argument. Surely not everyone would have these "big data" problems? Sure, they have big "data problems", but not necessarily because of volume?

And that's when Lars and I hooked up again. He called me to see if I was interested in joining Neo Technology, and after doing a bit of research - I was sold completely. Emil's vision of "Helping the world make sense of data" just really resonated with me. I knew what relational databases were like, and hated their "anti-relational" join patterns, and I had vaguely heard of networks, of graphs - and it just seemed to "click". I instinctively liked it. And accepted a job at Neo on a hunch - never regretted it to this day.

How I got sucked into it

When I started to work at Neo, the first thing I experienced was a company event. It was held at the lovely farm of Ängavallen, Sweden. I met some of the loveliest people then for the first time - all my colleagues at Neo now for more than 2.5 years. I love them dearly. But. There was a clear but.

Turns out that Neo Technology, the company that Emil, Peter and Johan had so lovingly built over the years, was a true and real hacker nirwana. It was very, very different from any company that I had ever worked for in the past, and I must say - it was quite a shock at first. This was the first time that I worked for an Open Source company, and looking back at it now it seems to me like it has all the positives, and some negative traits to it.

The thing is, of course, that this Open Source company was very, very motivated by the craft of software engineering and building out something technically sound, something they could be proud of, something that would stand the test of time, something that would change the world for the better. It was - and still is - very ethically "conscious", meaning that we want to do business in a way that is ethically sound. All very admirable, but if there is one thing that my 15+ years of selling hi-tech software had taught me, it was that that was not necessarily a recipe for commercial success. The market does not always award success or victory to the most technically sound or most ethical company - on the contrary. Selling high-tech software products is not always a walk in the park - and sometimes you need to make tough, ruthless calls - I know that, from experience.

So needless to say that this was a bit of a clash of cultures. Here I was, a technically interested but primarily business-minded sales professional, in a company that ... did not really care about sales. That's what it felt like, at least. I remember having numerous conversations with my colleagues and with other members of our wonderful Neo4j community, saying that there was this big divide between "commercial" and "community" interests. One could never be reconciled with the other, worse still, one - per definition almost - had to be opposed to the other.

I never got that.

I never got that the "community interest" was different from the "commercial interest". To me they are, and have to be, one and the same.


Getting involved in the community

Community and Commercial interests have to go hand in hand, in my humble opinion. And that, my dear friends, is why I decided to get stuck in, to learn Neo4j myself, to write about it, to blog about it, to publish books about it, to talk about it at conferences, to write this blogpost.

My lifeblood, the thing that makes me tick, is making customers successful. I just love that. But I have learned over the years that in order to do that I will work with a mixture of tools that are partly purely commercially motivated, and partly motivated by the sense of open source community building that is so different from traditional commercial software vendors.

That, to me, was the most important part of my Graph Journey. A sales guy like myself, getting stuck in pure community building around the Neo4j project. A long term perspective on bringing this product and project to fruition. It has been a great experience so far, and I hope to continue it for a long time to come.

Thanks for the ride so far. All of you.

PS: I will write about my actual learning experience wrt Neo4j later, in part 2. But I thought that the above was actually more important.
Posted by Rik at 22:15
Email ThisBlogThis!Share to TwitterShare to FacebookShare to Pinterest
Labels: commercial, community, graph database, journey, neo4j