The power of Graph Local queries

One of the things that I have always found extremely fascinating about Neo4j, and **extremely** annoying about relational database systems, is the way both scale.

In a relational system, you are often confronted with the fact that queries work fine on your development environment, but then when you go into production and run the same query on a production dataset, it all blows up. As one customer recently put it to me, "the fecal matter would hit the air rotating device". Indeed.

In a graph database, that typically would not happen. Because of the fact that we use index-free adjacency we can pretty much know beforehand that a query that runs fine on a small dataset, will still run fine on a large dataset. The query is local, does not even see the entire graph as it traverses the dataset - it will just traverse that part of the graph that is known to it and accessible from the starting point of the graph query.

Recently, I found a great way to prove that point. Let me take you through that experiment. 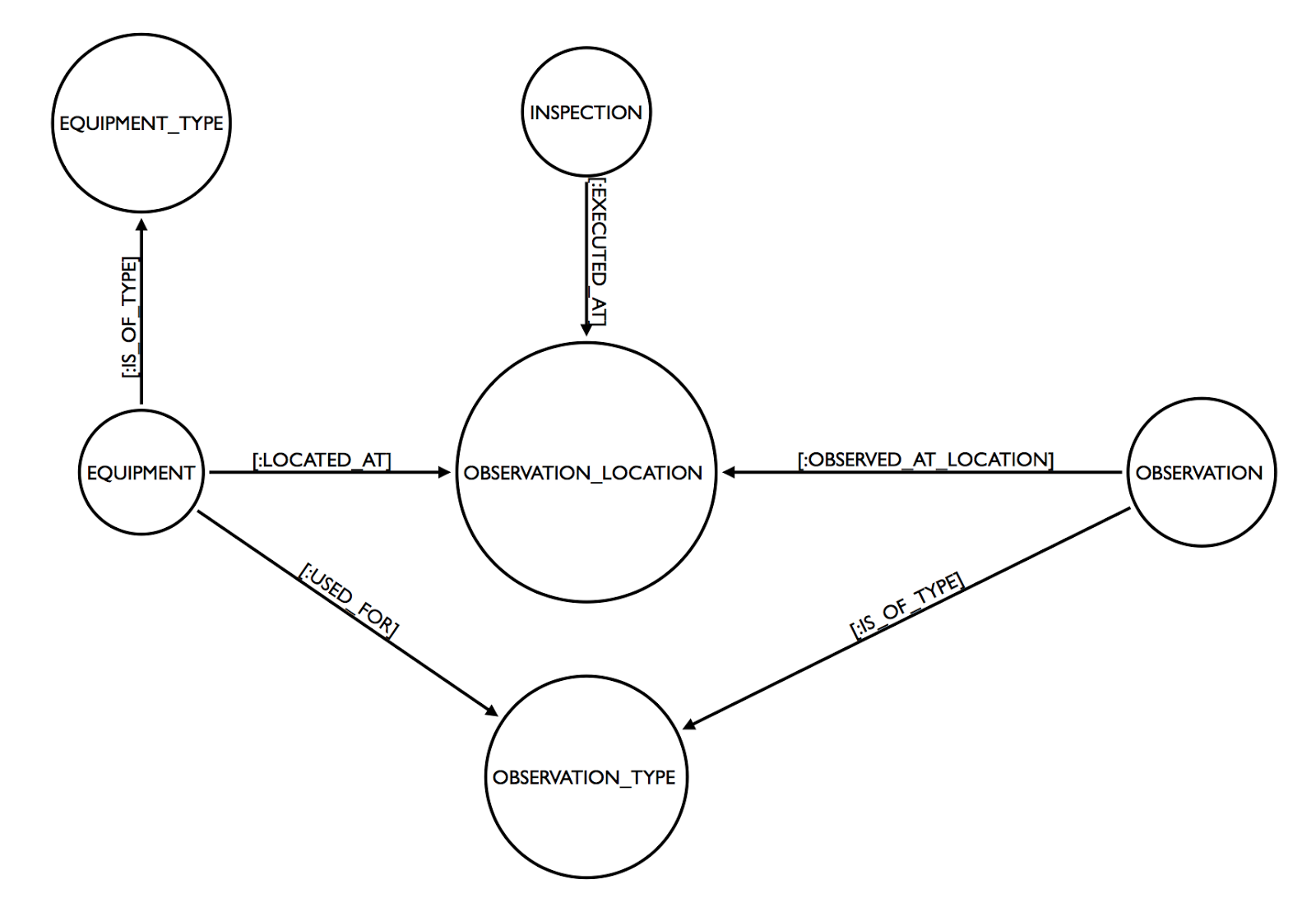 The dataset was small: only containing 148 nodes:

I created an index on the OBSERVATION nodes to account for a real world scenario:

as we will be using the index to find the starting point of our queries. If I then ran a query that would look for the EQUIPMENT_TYPE of certain OBSERVATIONs (which is a fairly extensive traversal in our small model, this would look like this:

On the small dataset that query runs instantaneously: 64 milliseconds.

Then, however, we would like to see if the graph local scalability claim is really true.

Adding half a million observations

What I decided to do was to run a small cypher query that would add a large number of observations to the dataset.

Then, we could run the same query as above, but for a different observation, on the new, larger dataset.

If I now run the same query as above on the larger dataset - but for a different observation - then I am happy to report that the query times are nearly identical:

Case in point: the new query runs for about 69 milliseconds.

I truly believe that this is one of the fantastic characteristics of graph databases. Query times typically are not dependant of dataset size - rather dependent of the part of the graph that is traversed, essentially dependant on the result set size.

Hope this was a useful explanation of graph local queries and graph database scalability. I certainly enjoyed it - hope you did too.